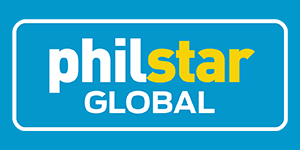 In 1906, architect and urban planner Daniel H. Burnham drew up a plan that would have made Manila and the cities south of it immensely more livable than what they turned out to be.

At the core of his plan was the reclamation of Manila Bay and the construction of public parks along the coast for the “recreation and refreshment” of the city’s residents. He dramatically extended the Luneta Park to restore the broad vista to the bay for the cluster of public buildings planned for the area.

Now called Rizal Park, the reclaimed area is Manila’s pride. It hosted the grand events that shaped our nation over the past century.

The area reclaimed according to Burnham’s plan is now where the Manila Hotel, the Quirino Grandstand and the US embassy stand. The reclaimed area includes what is now Roxas Boulevard that Burnham intended to be a 250-foot wide swathe that would encompass roadways, tramways, a bridle path, and broad sidewalks. He envisioned the area to be shaded with bamboo, acacia, mango and palm tress.

Dense plantings, thought Burnham, would increase “the value of the stretch of ocean and sky.” He imagined this magnificent public space to stretch from Intramuros to Cavite City.

Interrupted by the war, the reclamation extended only to Baclaran. Subsequently, however, the Cultural Center area and the Mall of Asia complex were constructed on reclaimed land. The Coastal Road continued the road link on to Cavite.

But all the subsequent reclamation fall short of fulfilling Burnham’s magnificent vision of a continuous stretch of verdant public space. The architect carried part of his vision back to his home city, resurrected in the Plan for Chicago that centered on transforming Lake Michigan’s waterfront into recreational open space.

Many cities all over the world have used reclamation as a means to increase the supply of land available. The reclaimed areas boosted real estate taxes for these cities, created new jobs and attracted business opportunities.

We are building our own reclaimed “new city”.

Last week, the City of Pasay and the SM group signed a deal that paves the way for the reclamation of 360 hectares that will be home to a modern, well-planned business district.

The deal will substantially enlarge the City of Pasay and increase its economy several-fold. Unlike the “old” Pasay, the new business district will have wide avenues, master-planned communities and state-of-the-art business facilities.

“Old” Pasay has largely fallen off the map, saved only by the fact that it hosts our international airport. The massive reclamation project will make Pasay a world-class city.

All the advances in digital technology are most reflected in the world of finance. An entirely new world of finance technology (fintech) speeds up transactions, allows for real-time settlements and creates many novel financial products that allows ordinary people to participate in the financial system.

Fintech has become the most powerful engine for financial inclusion in the modern economy. Today, ordinary citizens can participate in stock trading using their smart phones, do their banking chores remotely and pay for their purchases through mobile devices.

Fintech is the new frontier. A great number of both tech and finance companies are introducing innovations at a dizzying pace. Businesses that do not adapt their business models to the cutting edge technologies will wither by the wayside.

The Philippines is not about to be left behind in this searing technological race. Recently, a Filipino information technology company was awarded the Finance Technology Award as the Most Innovative IT Solutions Provider. The UK-based International Finance Publications Ltd. gives out this award annually to companies all over the world outstanding for their perseverance and innovation.

The Filipino firm, DFNN Inc., is listed at the Philippine Stock Exchange. Last year, the Financial Times of London also included DFNN in its prestigious FT 1000 High Growth Companies List.  This is recognition for the rapid expansion the company has seen over the past few years.

International Finance, the prestigious magazine that hands out the awards covers stories on banking, asset management, hedge funds, wealth management, pension funds, real estate, fintech as well as niche funding and investment opportunities. The fact that a Filipino company caught the knowledgeable eye of this premium international publication is encouraging.

Filipino IT companies are out there competing with the best. The fact that DFNN has been awarded for its work in providing IT solutions to our businesses reassures us that we will not be left behind.

A recent international study showing Philippine schools landing dead last in mathematics, science and reading comprehension should not be a cause for despair. While there is indeed a need to rapidly upgrade the quality of Philippine education, we nevertheless enjoy a deep bench of IT talent. This is talent that thrives despite the failings of our educational system.

This is why the awards given DFNN comforts. They assure us that the world is not leaving us behind. There are oases of Filipino competitiveness.